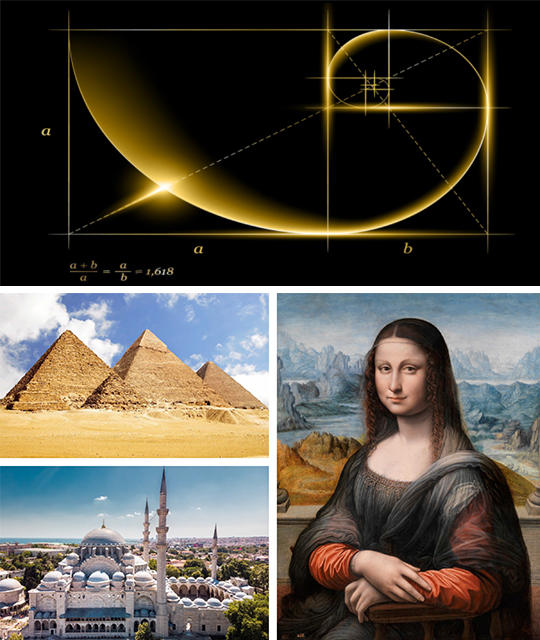 “Phi” Golden Ratio is the Symbol of Equilibrium and Beauty

There is an mathematical ratio that shows the harmony between Egyptian Pyramids, paintings of Leonardo da Vinci, masterpieces of Architect Sinan, human body and many other creatures in the nature.

This ratio is known as mathematical expression of equilibrium and beauty and named “Golden Ratio”. Numerical value is 1,618 and called Phi that is in Turkish “Fi”.

Leonardo da Vinci considered Golden Ratio in his designs. The human body, proportioned according to the golden ratio, is taken as the basis also in the Neufert, one of the most important reference books of modernday architects.